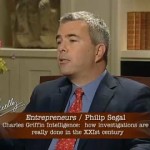 Philip Segal is a New York attorney and expert on complex international financial transactions. Based at historic Rockefeller Center in New York, Charles Griffin is dedicated to ethical fact-finding and this item appears in the Ethical Investigator.

We get asked all the time to figure out how much money a person may be hiding offshore. Usually, it’s not as straightforward as the recent guilty plea by Ty Warner, the founder of Beanie Babies, who admitted to using a secret Swiss account to avoid paying tax on income of more than $3.1 million. You can read about last week’s plea by Warner here.
[wp_ad_camp_4]
Swiss banks aren’t what they used to be, but that doesn’t make the job of an investigator unarmed with government subpoena power that much easier than it once was. When the U.S. authorities decide to bear down on a jurisdiction that likes to hide the identities of the parties who ultimately control companies and bank accounts (what’s known as beneficial ownership), countries often capitulate. As a result, Union Bank of Switzerland has been cooperating with the U.S. since 2009 in helping to expose U.S. clients like Warner engaged in tax evasion.

Still, for every Warner pleading guilty, far more people hiding money abroad are toughing it out, or else are moving their money to a jurisdiction that is less cooperative with the U.S than Switzerland. Cyprus used to be a favored locale, especially for Russian nationals or Russian-born residents of the U.S. and Europe, but since the capital controls imposed last year, Cyprus is most certainly falling out of favor.

Without the government behind you, how do you look for foreign assets?

In short, it can still be expensive and difficult, but we have found that the two most successful methods include:

Finding documentary proof onshore of offshore activity. Records kept on a computer to which you may have access can yield tremendous results. Our matrimonial clients often have great evidence they don’t even realize they possess. Stray bills and printouts left lying around when the marriage was still on solid ground are helpful, as are the tax returns spouses filed jointly before things got rocky and they began filing separately. Oftentimes, husbands take charge with their accountants of both spouses’ filings, even after separate filing begins. Wives dutifully sign their returns, but then forget that they have a right to obtain those returns at any time. We once got wonderful evidence from the back of a desk drawer of a Liberian company’s bank account in the Middle East. There would have been no other legal way to get it prior to discovery.

Tracing not where assets went when they headed offshore, but where they come from when they return. People get lazy, so it’s worth seeing which parties are paying certain bills. If a person is responsible for paying school bills and the school in New Jersey reports that payment came from Alpha Ltd. of the British Virgin Islands, you’re on to something. Similarly, if an apartment in Miami is purchased by New Yorker, but the deed is notarized by a banker in Cyprus or Bermuda, alarm bells ought to be going off.

Most useful of all is the idea that the person who hid these assets may have made a mistake. Most of the people we search are not criminal masterminds. People don’t wipe their computers properly because doing so properly isn’t that simple. They then leave clues behind. They get lazy and pay bills from what should be secret companies. One client’s spouse was so computer illiterate that he had his secretary print out all his emails, and then left them lying around the house for his wife to find.

Even Ty Warner, an otherwise brilliant businessman, got caught.

Or, in Beanie Baby terms, more Tom-e the Turkey than Smartest the Owl.