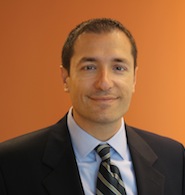 Jacob Sapochnick is recognized as one of the most innovative, up and coming Immigration Lawyers in the nation, devoting his entire practice to immigration law matters.

In a recent news report, Former President George W. Bush made statements that threw his weight behind comprehensive immigration reform during an interview that aired Sunday on ABC’s “This Week,” saying it is “very important” Congress fixes a “broken” immigration system, and predicting that a comprehensive bill “has a chance to pass.”

In the interview, Bush’s thoughts were that “I think it’s very important to fix a broken system, to treat people with respect, and have confidence in our capacity to assimilate people.” He did not explicitly endorse a recently passed Senate immigration reform bill, only saying the legislative process can be “ugly,” but it appears as if Congress is “making progress.”

“It’s a very difficult bill to pass because there is a lot of moving parts,” he explained. “I understand sometimes you get legislation through that you want….But sometimes…it takes time for some of these complex issues to evolve. And looks like immigration, you know, has a chance to pass.”

Bush pushed hard for a comprehensive immigration bill during his time in office, an effort that ultimately came up short. But he brushed aside the suggestion, voiced by some in the GOP, that the Republican Party should pass immigration reform to shore up its reputation among the fast-growing Hispanic-American community. “The reason to pass immigration reform is not to bolster a Republican Party, it’s to fix a system that’s broken,” he said. “Good policy yields good politics, as far as I’m concerned.” Let’s hope the House keeps this in mind as they work on coming up with the immigration reform that is truly needed and that the Senate worked hard on drafting something to address many important issues surrounding it.