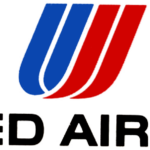 LOS ANGELES — A German national who used to work for United Airlines was sentenced today to 18 months in federal prison for making false bomb threats against flights operated by the international air carrier.

Patrick Cau, who is also known as Patrick Kaiser, 40, of Dallas, was sentenced by United States District Judge Otis D. Wright II.
Cau pleaded guilty in August to one count of false information and hoaxes. While Cau pleaded guilty to one felony count, in a plea agreement filed in federal court, he admitted making eight bomb threats against United from October 2012 through January 2013.
In the first phone call, on October 4, 2012, Cau used a pay phone near his home to call an internal United crew scheduling number and state that a United flight from London to Los Angeles would be bombed later that day. Cau made the subsequent calls to 911 from pay phones in Los Angeles, New York City, Las Vegas and Seattle, with all of the calls stating that a specific United flight would be bombed.
As a result of the hoaxes, multiple law enforcement agencies were forced to respond to the bomb threats made by Cau. These law enforcement responses included evacuating people from the targeted airplanes; towing the aircraft to a safe area; searching and re-screening passengers, baggage and cargo; and searching the aircraft by human, canine and other detection methods.
As a direct result of Cau’s threats, United experienced substantial disruption to its business operations and services, including cancellation of and delays to flights, transfer of aircraft, and significant inconveniences to United passengers. Judge Wright today ordered Cau to pay $304,495 in restitution to United and $8,838 to reimburse the Los Angeles Police Department for expenses incurred as a result its response to the bomb threats.
The case against Cau was investigated by the Federal Bureau of Investigation; U.S. Immigration and Customs Enforcement’s (ICE) Homeland Security Investigations (HSI), and the Los Angeles Airport Police.
Release No. 13-135
Tweet
Pin
Share
0 Shares