The Panamanian Papers scandal has rocked the political, financial and legal worlds as if the whole thing was a John Grisham legal thriller.  And so who better to analyze just how the law firm that created the secretive law firm behind the global secrecy deals than the New York Times? 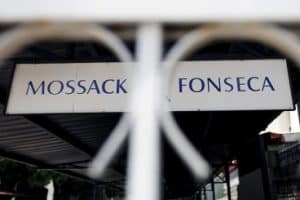 The story of how two men came together in Panama to create a secretive firm for the offshore banking elite is the stuff of novels.

Indeed, one of the founders aspired to write books while the other was the son of a Nazi.

So let the Times tell the story of the firm that l3everaged its success to become one that would one day – like today! – rock the world with tales of unparalleled secrecy at the highest echelons of politics and business.  And sport.  And the law.

The tale starts with the reign of General Manuel Noriega.

Over the next three decades, Jürgen Mossack and Ramón Fonseca expanded their practice to a staff of 500, with affiliate companies around the world and a client list of the powerful, the famous and, sometimes, the infamous.

In January, a prosecutor investigating the sweeping corruption in Brazil publicly called their law firm “a huge money launderer.”

In an interview, he said that entering politics was, in part, a way of giving back. “I believe in sharing the pizza,” he wrote. “At least to give others one slice.”

Their firm, Mossack Fonseca, was built on the basis of supposed bulletproof privacy for its clients, until the secrets and modus operandi was laid bare this week.

As the Times reported, the leak has also brought more scrutiny to Panama’s financial and legal sectors, just as the country’s leadership was trying to shed its longstanding reputation as a haven for the loot of the criminal and corrupt. In February, Panama was removed from a watch list maintained by an international agency that sets standards to combat money laundering and terrorism financing, but it remains under scrutiny as a haven for tax evaders.

Panama’s president has vowed to cooperate with any judicial investigations stemming from the leaked information, which could put him in the awkward position of allowing an inquiry into his former adviser.

Mossack Fonseca has denied that it committed any wrongdoing, and Mr. Fonseca proclaimed his firm’s innocence.

“At the end of this storm the sky will be blue again and people will find that the only crime is the hacking” of the firm’s documents, he said in an hourlong interview conducted over the messaging platform WhatsApp.

Unlike other tax haves, Panama has been slow to follow the transparency initiative started in 2009 by the Organization for Economic Cooperation and Development. Although most other international financial centers, like the British Virgin Islands, the Cayman Islands and Singapore have agreed to the initiative, Panama has held back.

“Panama is the last major holdout that continues to allow funds to be hidden offshore from tax and law enforcement authorities,” the group’s secretary general, Angel Gurría, said in a statement on Monday.