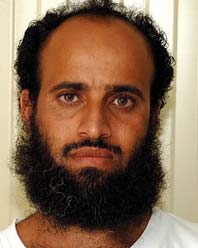 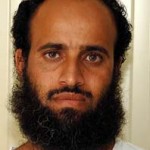 Reports from Guantanamo Bay indicate that around half of the inmates at the detention facility are now on hunger strike and are being force fed.

The hunger strikes arose when the US troops mounted a raid on the medium security compund on April 13, placing 65 captives under lockdown.  Previously, detainees had covered up surveillance cameras and kept themselves out of view creating fears they were planning suicides.

One of the men being force fed, Samir Naji al Hasan Moqbel, a Yemeni detainee at the camp who has been on hunger strike since Feb. 10. Moqbel wrote an op-ed in this month titled “Gitmo Is Killing Me.”

“There is no end in sight to our imprisonment.  Denying ourselves food and risking death every day is the choice we have made.”