You are here: Home / General Counsel / In-House Counsel Compensation Trends – Where Are They Going? 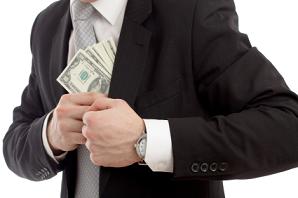 What are the five key trends evident in compensation for in-house lawyers? It’s a key question and one that’s the subject of the In-House Counsel Compensation report released by General Counsel Metrics and Major Lindsey & Africa.

The survey covered 1700+ in-house lawyers across 480 companies in North America and it looked at base salaries, bonuses, year of graduation, areas of practice, company revenues and the company industry areas. For one thing, the size of the company tended to correlate to the size of a general counsel’s bonus. But what were the other four key factors that emerged from the report?

2. The size of the company and industry correlate to the size of a GC’s bonus

3. Extractive/mining/chemicals is the most lucrative industry for in-house counsel

The extractive/mining/chemicals category is the highest-paid sector for general counsel, followed by the food and beverage industry.

For in-house counsel at all levels, the medical device and pharmaceutical sectors join the extractive industry to round out the highest-paid industries. For both GCs and in-house lawyers, not-for-profit is, not shockingly, the lowest-paid sector.

4. Salaries are comparable for in-house lawyers across company sizes

The report found that “across all company sizes, median total cash compensation for all in-house lawyers is in a remarkably tight range.” The median total compensation, which includes base salary and cash bonuses, for in-house lawyers working for companies with revenues of less than $1 billion is $170,000. The median salary for lawyers working at companies with revenues of more than $5 billion is $205,405.

“It’s as if Corporate America has hit upon roughly . . . the value in-house lawyers bring and then tend to coalesce around that value for the total cash compensation,” says Morrison. There is a similarly tight range with respect to in-house bonuses—with the exception of lawyers practicing in the securities industry, whose median bonuses were $48,000, compared to $28,000 bonuses in the second-highest industry, mergers and acquisitions.

5. Past $1 billion in revenue, GC salaries stay in a tight range

For general counsel, once the company’s revenue passes the $1 billion dollar range, base salaries stay in a comparable range. GCs who work for companies with less than a billion in revenue can expect a median salary of $245,000. At the $1 billion revenue mark, salaries start at a $320,000 median, and then bump up to $350,000 for those working at a company with over $5 billion dollars in revenue.