You are here: Home / Legal Opinion / The JP Morgan Fine 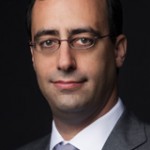 The JP Morgan fine and the ’emotionally compelling non sequitur” that spills from the fining of JP Morgan for losing some money.  Bloomberg’s columnist Matt Levine writes about the oddness of it all.

The core conceptual problem with financial regulation is this:

This is endlessly unsatisfying. People Lost Their Life Savings In The Financial Crisis And No One Went To Jail but someone losing her life savings is just not a reason for someone else to go to jail, the two things have nothing to do with each other, the whole thing is a non sequitur. But it’s an emotionally compelling non sequitur. Since there was a fair amount of actually illegal misbehavior during the financial crisis, and since much of it is at least loosely related to the life-savings bit, rough justice is often available, but it doesn’t really satisfy anyone.*

Anyway today JPMorgan was fined $920 million by a bunch of regulators for, oh, y’know, stuff. The stuff arises out of the fact that a while back JPMorgan employed a whale who lost a lot of JPMorgan’s money trading credit derivative indices, all while Jamie Dimon was going around saying unfortunate things like “this is a tempest in a teapot” and “our net income for 2Q2012was $5.4 billion.” Whoops, no, it was $4.9 billion, after the Whale’s hidden losses were exposed. The third quarter was rather worse, and all in all JPMorgan lost $6.2 billion on its whaling expedition.

Here is the Securities and Exchange Commission’s announcement of its $200 million penalty, which I expect people to make much of because it involves the company “admitting the facts underlying the SEC’s charges, and publicly acknowledging that it violated the federal securities laws.” What laws were those? The actual SEC order is 20 pages of naughtiness,** mostly around mismarking the portfolio and concealing the losses, and then summarily concludes “As a result of the conduct described above, JPMorgan violated Sections 13(a), 13(b)(2)(A), and 13(b)(2)(B) of the Exchange Act and Rules 13a-11, 13a-13, and 13a-15 thereunder.” Go read those sections and rules (13a-11, 13, and 15) at your leisure but the gist is that you gotta have accurate 8-Ks and 10-Qs, and controls in place to make sure they’re accurate. Mismarked books and hidden losses tend to contribute to inaccurate disclosure. So, QED, the fine and the admission of guilt should be pretty unsurprising.

To get it out of the way: The fine is a number of dollars that is bigger than some numbers and smaller than some other numbers; if you have any insight into how it was arrived at then, hey, that’s super for you. Obviously the fines here are pretty arbitrary. Obviously they come out of shareholders’ pockets. Obviously JPMorgan’s main concern in not doing this again is more about the money-losing trades, and the public embarrassment, than it is about the fines. That’s probably how it should be.

But the other settlements are more interesting. Here’s the UK Financial Conduct Authority one, for £137,610,000.*** Here are the rules that the FCA found JPMorgan violated:

5.3 Principle 2 of the Principles for Businesses states that a firm must conduct its business with due skill, care and diligence.

5.4 In breach of Principle 2 the Firm has not conducted its business with due skill, care and diligence by virtue of:

(a) The Firm’s failure to manage appropriately the trading strategy for the SCP (in the first quarter of 2012). The Authority agrees with the Firm’s characterisation of the SCP’s trading strategy as “flawed, complex, poorly reviewed, poorly executed and poorly monitored.”