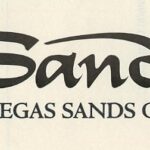 LOS ANGELES – LawFuel.com – The Law Newswire & Marketing Site – The Las Vegas Sands Corp., which operates the Venetian-Palazzo hotel complex in Las Vegas, has agreed to return $47,400,300 to conclude an investigation into the casino’s failure to alert authorities that a high-stakes gambler, who was later linked to international drug trafficking, made numerous large and suspicious deposits with the casino.
Pursuant to an agreement signed by officials with Las Vegas Sands last night, the company will return the money to the United States within 10 days. In exchange, federal prosecutors have agreed not to prosecute the casino for failing to file Suspicious Activity Reports for casinos (SARCs), which are required when a customer is involved in a transaction the casino knows, suspects, or has reason to suspect “had no business or apparent lawful purpose or was not the sort in which the particular customer would normally be expected to engage, and the casino knew of no reasonable explanation for the transaction after examining the available facts.” The Bank Secrecy Act requires casinos with annual revenue of at least $1 million to file SARCs, which are then analyzed by appropriate government agencies to investigate possible violations of the law.
The United States Attorney’s Office agreed to conclude a criminal investigation and not seek an indictment after Las Vegas Sands agreed to return the money and after prosecutors determined that the casino completely cooperated with the investigation – which included making full disclosures related to its conduct and failure to comply with federal law, as well as conducting a thorough internal investigation – and that the casino has made extensive efforts to enhance its internal compliance program.
“What happens in Vegas no longer stays in Vegas,” said United States Attorney André Birotte Jr. “For the first time, a casino has faced the very real possibility of a federal criminal case for failing to properly report suspicious funds received from a gambler. This is also the first time a casino has agreed to return those funds to the government. All companies, especially casinos, are now on notice that America’s anti-money laundering laws apply to all people and every corporation, even if that company risks losing its most profitable customer.”
The money being paid the United States represents money sent to the Venetian casino by or on behalf of Zhenli Ye Gon, who at the end of 2006 or early 2007 was “the largest all-cash, up-front gambler the Venetian-Palazzo had ever had to that point,” according to the non-prosecution agreement. In March 2007, Ye Gon’s residence in Mexico City was searched by law enforcement authorities, who seized approximately $207 million in United States currency from the residence in what remains the largest-ever seizure of currency by law enforcement.
Ye Gon was indicted by federal officials in the District of Columbia on narcotics charges, but that case was dismissed in 2009. Ye Gon is currently pending extradition to Mexico, which has charged him with drug trafficking offenses.
According to the agreement, prosecutors believe that in October 2006, prior to Ye Gon being publicly linked to drug trafficking as a result of the search of his residence, officials at the Venetian-Palazzo, should have identified as “suspicious” Ye Gon’s financial transactions, which included the wire transfer of approximately $45 million and depositing of approximately $13 million in cashier’s checks between February 2005 and continuing through March 2007. Casino officials should have filed one or more SARCs against Ye Gon in addition to a SARC it filed in April 2007, prosecutors contend.
For its part, the Las Vegas Sands, while unaware of Ye Gon’s alleged criminal activities prior to March 2007, acknowledges that “in hindsight…the Venetian-Palazzo failed to fully appreciate the suspicious nature of the information or lack thereof pertaining to Ye Gon in the context of the Venetian’s evaluation of whether to file additional SARCs against him earlier and in retrospect should have filed SARCs earlier, and should have filed a more complete SARC when it did file one.”
During his patronage at the Venetian, Ye Gon wire transferred money to the Las Vegas Sands Corp. and subsidiary companies from two different banks and seven different Mexican money exchange houses known as casas de cambios. The wire transfer originators included several companies and individuals the Las Vegas Sands Corp. could not link to Ye Gon. Ye Gon also transferred some funds from Mexican casas de cambios to a Las Vegas Sands Corp. subsidiary in Hong Kong for transfer to Las Vegas. In many instances, Ye Gon’s wire transfers lacked sufficient information to identify him as the beneficiary. The Las Vegas Sands also allowed Ye Gon to transfer funds several times to an account that did not identify its association with the Venetian, specifically an aviation account used to pay pilots operating the company’s aircraft. During its investigation, the government developed evidence that “when casino personnel asked Ye Gon to wire the money in larger lump sums, as opposed to breaking it up incrementally, and use consistent listed beneficiaries, Ye Gon stated that he preferred to wire the money incrementally because he did not want the government to know about these transfers.”
Anthony Williams, the Special Agent in Charge of the Drug Enforcement Administration in Los Angeles, stated: “Millions of dollars earned from illegal drug trafficking were transferred through casino accounts in a complex scheme designed to thwart law enforcement detection. The DEA will continue to work with our partners to pursue all means to deny criminals the profits they work so hard to conceal.”
Federal prosecutors also believe that compliance personnel at the Venetian-Palazzo:
As part of the efforts of the Las Vegas Sands to continue to strengthen its internal compliance programs, the company has agreed to implement changes that include:
United States Attorney Birotte complimented Las Vegas Sands for cooperating with the government’s investigation and implementing a robust compliance program that should prevent future instances of suspicious activity going unreported.
The investigation into the Sands Las Vegas was conducted by the Drug Enforcement Administration.
Share the news
TwitterFacebookLinkedInPinterestRedditEmail