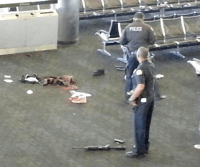 LOS ANGELES – A Sun Valley man who admitted a host of criminal charges related to a 2013 shooting spree at Los Angeles International Airport in which he murdered Transportation Security Administration Officer Gerardo Hernandez was sentenced today to spend the rest of his life in federal prison.

Judge Gutierrez sentenced Ciancia to life in prison, plus an additional 60 years. There is no parole in the federal prison system.

“Today, justice was done on behalf of fallen TSA Officer Gerardo Hernandez, his wounded colleagues, and all those who were terrorized by the wanton violence perpetrated by this defendant,” said Attorney General Loretta E. Lynch. “This sentence reflects appropriate punishment for a heinous crime. It ensures that the defendant can never again harm or murder innocent Americans. And it sends a clear message that the Department of Justice will not tolerate calculated attacks on our nation’s law enforcement officers, and that those who do commit such crimes will be held accountable.”

“The crimes that led to today’s sentence were vicious, horrific and senseless,” said United States Attorney Eileen M. Decker. “After planning a mass murder, this defendant murdered a highly respected law enforcement officer, seriously wounded two other federal officers and a civilian, and terrified hundreds of people who feared for their lives. Those who target law enforcement and our nation’s critical infrastructure will be held accountable. As a result of today’s sentence, Mr. Ciancia will never again have a chance to harm other innocent people.”

According to court documents, in early 2013, Ciancia purchased a semiautomatic rifle, 500 rounds of ammunition and 10 magazines for the rifle. On the morning of November 1, 2013, Ciancia modified two pieces of luggage and zip-tied them together to conceal his loaded rifle.

Later that morning, Ciancia entered Terminal Three at LAX, removed the loaded rifle from his modified luggage and fired at and killed Officer Hernandez, who was checking passengers’ travel documents as part of his duties as a TSA Officer. Ciancia admitted that he then went upstairs to a TSA checkpoint, where he fired his weapon at TSA Officers Tony Leroy Grigsby and James Maurice Speer, as well at a civilian, Brian Ludmer. These three victims sustained serious injuries and required surgery, but they survived the attack.

“The defendant will spend the rest of his life behind bars for targeting airport officers with premeditated murder, but a just sentence cannot replace the loss of Officer Hernandez, nor remove the suffering of his victims, and his victims’ families, friends and colleagues,” said Deirdre Fike, the Assistant Director in Charge of the FBI’s Los Angeles Field Office. “The collaborative efforts by first responders and investigators on the day of the shooting and thoughout this investigation are commendable and aided prosecutors in ensuring that Mr. Ciancia can never again pose a threat.”

During today’s sentencing hearing, Judge Gutierrez sentenced Ciancia to life in prison for the first-degree murder charge. Judge Gutierrez also imposed life sentences for the two additional charges based on the killing of Officer Hernandez – violence at an international airport that resulted in death and using a firearm to murder and cause death.

The additional 60-year prison term was imposed in relation to the three counts of using a firearm during a crime of violence.

This case is the product of an investigation by members of the Los Angeles Joint Terrorism Task Force (JTTF), which is led by the Federal Bureau of Investigation and includes agents and officers from 45 other local, state and federal agencies. 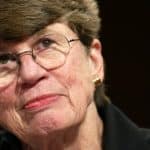 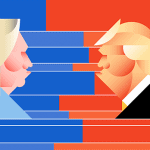