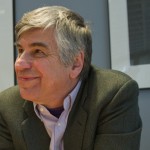 Michael Harper, a School of Law professor of law and the Barreca Labor Relations Scholar was interviewed by BU Today on the legality of unpaid legal internships.

BU Today: When is an unpaid internship OK in the eyes of the law?

Harper: The way that the Department of Labor has interpreted the Fair Labor Standards Act (FLSA), an unpaid internship is acceptable for public and governmental agencies, religious, charitable, or other nonprofit organizations and when the intern doesn’t have any expectation of compensation. Under the Department of Labor’s view, and under the court’s view, internships become more problematic if it’s for a for-profit employer, as was the case with the Fox Searchlight movie company. The Department of Labor’s approach pretty much says that if the intern’s work provides any immediate advantage to the employer, it’s covered under FLSA, meaning the intern should be given minimum wage. If the internship offers a greater benefit to the intern than it does to the employer, the Department of Labor has six requirements, all of which must be met. The one that is the most important is that the work must be done mainly to benefit the intern, not for the benefit of the employer. The work should also not displace regular employees or take the place of their work. Many circuit courts—not including the second circuit court where this Black Swan case happened—have interpreted the act a little more liberally and have applied a “primary beneficiary rule.” So under this rule, the employer could get some benefit as long as the intern was the primary beneficiary.

Why was the Fox Searchlight internship found unacceptable?

The plaintiffs were doing a lot of gofer-type work that wasn’t particularly educational. It didn’t train them to become more sophisticated in the industry.

What would be an example of an acceptable internship?

Let’s say you have a for-profit law firm, and they were training you on simulated projects or having you primarily focus on work that had already been done or work that was going to be criticized or completely redone by experienced lawyers. If you’re just getting training in the area of work, to help you learn, then it would be OK. On the other hand, it benefits the employer if you are doing work that pushes the ball forward for some transaction or litigation that they are involved in, work that might be used in writing a contract or used in writing a brief. If that work is being used, then it’s to the benefit of the employer.

Most for-profit employers aren’t going to work this first way—they have interns so that they’ll help them get out the work. Time is money. If they are supervising those people, it’s because those interns are going to help them get their work done. In most cases, especially if you apply the Department of Labor’s approach, for-profit employers should be paying their interns minimum wage.

Are there particular industries that tend to benefit from the labor of unpaid interns?

The entertainment industry and the sports industry are the first two that come to mind. Sometimes they’re called the “glamour industries.” They’re exciting, and a lot of people are willing to work for nothing just to get their foot in the door.

Is it fair to say that unpaid internships benefit the wealthy? If so, how?

Do you think we will start to see a wave of lawsuits based on last week’s decision?

Yes, I think there will be more. And it may have to ultimately be worked out at least in the circuit level. This will encourage employment plaintiffs and employment lawyers who are always looking for cases. The law firm that brought the Black Swan case is one of the leading plaintiffs employment law firms in New York—Outten & Golden.

Who do you think will be leading the charge?

One reason why there haven’t been more cases is because the interns may be happy. The plaintiffs in the Black Swan case—Eric Glatt and Alexander Footman—weren’t happy because they may have had expectations of better work. Employers, especially for-profit employers, can avoid this by giving their unpaid interns better work and better experiences. These companies are taking a risk if they have a disgruntled intern. Maybe the intern’s experience wasn’t what they expected or they are upset that it didn’t lead to a permanent job, and then they might take that frustration out in a lawsuit. I don’t think the Department of Labor will start to take the initiative—rather, I think it will come from what is called “private rights of action,” which are allowed to people who—under the Fair Labor Standards Act—have not been given what the statute guarantees, and that is minimum wage plus overtime.

Do you have any advice for students who are unpaid interns this summer, especially those who worry that they are being taken advantage of?

It depends on what’s happening. They can certainly quit if the situation is bad, if they are not getting what they thought they would be getting. That would mean sacrificing the reference or the connections that they thought they were making. People do these internships to put it on their résumés, but obviously if you bring legal action you’re not going to get a good reference. Litigation is always messy; I wouldn’t recommend bringing about any lawsuits unless they are really frustrated or angry.

An important part of this argument is whether the Department of Labor’s stance would discourage opportunities for people, and the problem with that argument, I think, is that if the employer is really getting a benefit from this, then they would want to provide these internship positions even if that means they have to pay minimum wage.