(GSGLA) while he worked for the organization as senior property manager was sentenced today to 20 months in federal prison.
Channing Smack, 51, was sentenced by United States District Judge Otis D. Wright II after pleading guilty in January to mail fraud and money laundering. In addition the prison term, Judge Wright ordered Smack to pay $368,278 in restitution.
As senior property manager, Smack was responsible for managing the GSGLA’s 22 properties in the Los Angeles area. Smack approved payments for maintenance services purportedly provided by a firm called ZB Land Maintenance & Engineering, which was registered under the name of Smack’s deceased brother. Between August 2012 and October 2013, GSGLA issued 23 checks to ZB that totaled $368,278. The evidence uncovered during an investigation by the FBI showed that most of the checks to ZB were then deposited into one of two bank accounts opened under the names of the company and Smack’s deceased brother. Smack used these funds to pay for personal expenses.
“The offense conduct in this matter is serious,” prosecutors wrote in a sentencing position paper filed with the court that agreed with a pre-sentence report that noted “this is a significant amount to the victim, Girl Scouts of Greater Los Angeles, a California, not-for-profit organization that strives to empower young girls.” 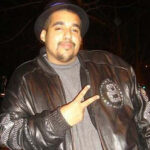