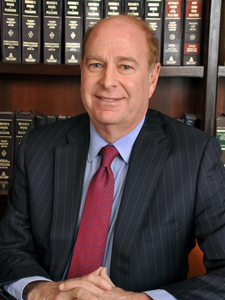 Whose the lawyer who will represent Rupert Murdoch, the man who sits at No. 91 on the Forbes rich list and who, at 82, has announced he is divorcing his third wife Wendy Deng?

Murdoch’s lawyer is Ira Garr, the founding partner of New York law shop Garr Silpe, who will be charged with ensuring the various pre- and post-nuptial deals will be watertight enough to ensure Murdoch hangs on to his $11.2 billion – or at least most of it.

The Hollywood Reporter records that Garr has been recognized as one of the “Best Lawyers in America” since 2008 and has been listed as one of New York’s top attorneys by the New York Times Magazine and New York Magazine since 2006.

He also is no stranger to high-profile clients: His bio says his “clientele are generally high-worth individuals and often celebrities.” Among them: Ivana Trump.

According to his profile, Garr prefers to settle matrimonial disputes by agreement, rather than going to court.