WASHINGTON –– LawFuel.com –  Several California companies and individuals that formerly supplied beef to the National School Lunch Program have agreed to settle allegations of inhumane handling of cattle, circumventing appropriate inspection of nonambulatory disabled (“downer”) cattle and false representations regarding their eligibility to process beef, the Justice Department announced today.  The announcement follows approval of the last of these settlements by a California probate court.

The settlements will conclude a lawsuit initiated by the Humane Society of the United States (HSUS) under the whistleblower provisions of the False Claims Act (FCA) after an HSUS investigator videotaped alleged inhumane cattle handling and improper downer cattle inspection practices at the slaughterhouse and meat processing facility of Westland Meat Co. and Hallmark Meat Packing Co. in Chino, Calif.  The government later joined the lawsuit and brought additional claims that the defendants concealed their ineligibility to process beef because a convicted felon, Aaron “Arnie” Magidow, was a partner in and otherwise responsibly connected with the facility’s operations.  U.S. Department of Agriculture (USDA) regulations applicable to suppliers of the National School Lunch Program prohibit the inhumane handling of cattle, require the proper inspection and disposition of downer cattle and require suppliers to identify convicted felons who are responsibly connected to the suppliers’ operations.

“The contractors who supply beef and other meat products to schools and child-care facilities have a responsibility to provide our nation’s young people with products that come only from healthy and humanely handled animals,” said André Birotte Jr., the United States Attorney in Los Angeles.  “This settlement holds accountable businesses that mistreated cows on a regular basis and routinely evaded a critically important USDA inspection procedure that allowed ‘downer cows’ to be processed into food.”

“Children across the country depend on the National School Lunch Program to provide them with a healthy meal each day, so we all depend on companies providing food to the program to follow the rules designed to ensure those meals are safe to eat,” said Assistant Attorney General for the Justice Department’s Civil Division Stuart F. Delery.  “The Justice Department will pursue aggressively anyone whose unlawful conduct puts the safety of our food at risk.”

The National School Lunch Program, administered by the USDA, is a federally assisted meal program operating in public and nonprofit private schools and residential child-care institutions.  The program provides nutritionally balanced, low-cost or free lunches to children each school day.  All ground beef containing the defendants’ products was recalled as of Feb. 16, 2008, and the defendants no longer supply beef to the National School Lunch Program.

Under the settlements, Westland Meat Co., based in Corona Del Mar, Calif., and its owner Steve Mendell will pay $240,000, and Westland will enter into a consent judgment for $155.68 million.  M&M Management, also based in Corona Del Mar, Calif., and Cattleman’s Choice, based in Commerce, Calif., and the estate of Cattleman’s deceased owner, Arnie Magidow, and Magidow’s surviving spouse will pay a total of approximately $2.45 million.  Magidow’s surviving spouse was named in the lawsuit as a successor in interest to Magidow and is not alleged to have engaged in any wrongdoing.  In October 2012, defendants Donald R. Hallmark and Donald W. Hallmark settled allegations for $304,130.

The FCA’s whistleblower provisions, under which HSUS filed the lawsuit, permit a private entity to bring a lawsuit on behalf of the government and to share in any proceeds from the suit.  The FCA also allows the government to intervene in the lawsuit, as it has done in this case.  As a result of the settlements announced today, HSUS will receive approximately $600,000.

The case was handled by the U.S. Attorney’s Office for the Central District of California and the Justice Department’s Civil Division, Commercial Litigation Branch; in cooperation with the USDA Office of Inspector General.  The claims resolved by the settlement are allegations only; there has been no determination of liability. 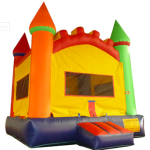 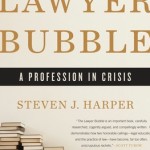