Preet Bharara, the United States Attorney for the Southern District of New York, announced that DR. SPYROS PANOS, an orthopedic surgeon, pled guilty today in White Plains federal court before U.S. District Judge Nelson S. Roman to operating a long-running health care fraud scheme in which PANOS defrauded Medicare, the New York State Insurance Fund, and numerous private health insurance providers (the “Health Insurance Providers”) out of over $2.5 million by systematically lying about the nature and scope of the surgical procedures that he performed.
[wp_ad_camp_1]
Manhattan U.S. Attorney Preet Bharara said: “Dr. Panos was brazen in his fraud on federal, state, and private health insurance providers. He filed claims for thousands of surgical procedures, often more than 20 a day, billing a total of over $35 million, when he actually performed lesser procedures, or none at all. We and our law enforcement partners finally put a halt to his abuses.”
According to the Information and other documents filed in this case:
PANOS was a board certified orthopedic surgeon licensed to practice medicine in the State of New York who was part a medical group with offices in Dutchess County, New York, (the “Medical Group”) and performed orthopedic surgical procedures (“Surgical Procedures”) at hospitals in Poughkeepsie, New York. From at least 2006 through July 2011, PANOS maintained a high-volume orthopedic practice, which enabled him to carry out his fraud scheme on a large scale. Panos performed thousands of Surgical Procedures, and often as many as 20 or more in a single day, for which he and the Medical Group submitted claims in excess of $35 million to Health Care Providers. Health Care Providers paid the Medical Group in excess of $13 million on these claims.
To receive payments for Surgical Procedures from the Health Insurance Providers, PANOS was required to submit, and caused the Medical Group to submit, information to the Health Insurance Providers regarding the nature and details of the Surgical Procedures. With respect to many of the Surgical Procedures he performed, PANOS furnished, and caused the Medical Group to furnish, false information to Health Insurance Providers that resulted in the Health Insurance Providers paying the Medical Group at least $2.5 million more than PANOS and the Medical Group were entitled to receive based on the true nature and details of the
Surgical Procedures PANOS performed. Among PANOS’s false representations were the following:
a. PANOS claimed he performed open surgeries, when in fact PANOS performed the surgeries arthroscopically;
b. PANOS claimed he used certain techniques and procedures during the course of the Surgical Procedures, when in fact PANOS did not, either because they were not medically necessary or because PANOS used other techniques and procedures that would have resulted in lower payments, if any, from the Health Insurance Providers; and
c. PANOS removed body tissue, known in the medical field as loose bodies, in excess of certain size criteria, when in fact PANOS either removed no loose bodies or removed loose bodies that were smaller than the thresholds set by the Health Insurance Providers for payment.
PANOS, was compensated handsomely — during the years 2007 through 2011, he was paid over $7.5 million by the Medical Group, a number that was inflated as a result of his fraud scheme.
Beginning in or about December 2010, PANOS attempted to conceal his scheme by, among other things, falsely representing to the Medical Group that the Fraudulent Claims were the result of clerical errors.
* * *
PANOS, 45, of Hopewell Junction, New York, faces a maximum sentence of 10 years in prison. PANOS agreed to the entry of a $5 million order of forfeiture against him, representing the approximate proceeds of his charged crime. As a result of his conviction, PANOS is subject to mandatory exclusion from participation in any Federal health care program, including Medicare and Medicaid, and he has agreed not to oppose a request by the Government that, as part of his sentence, the Court prohibit him from practicing medicine as a condition of probation or supervised release. Following the uncovering of the scheme, Panos surrendered his New York State medical license. As part of his plea agreement, PANOS must take any reasonable steps necessary to ensure that his Connecticut, Pennsylvania, and Virginia medical licenses are revoked, surrendered, or suspended by the time of sentencing. PANOS is scheduled to be sentenced by U.S. District Court Judge Roman on March 7, 2014.
Mr. Bharara praised the work of the United States Postal Inspection Service, the United States Department of Health and Human Services – Office of Inspector General, and the Federal Bureau of Investigation, and thanked the United States Department of Health and Human Services, Office of Counsel to the Inspector General, the New York State Insurance Fund, and the New York Workers’ Compensation Board Office of the Fraud Inspector General for their extraordinary assistance in the investigation.
This case is being handled by the White Plains Division. Assistant United States Attorneys Lee Renzin and Daniel Filor are in charge of the prosecution.
13-327 ### 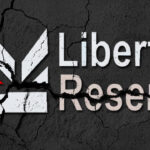