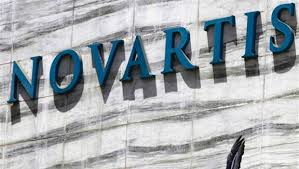 LawFuel.com – Preet Bharara, the United States Attorney for the Southern District of New York, Diego Rodriguez, the Assistant Director-in-Charge of the New York Office of the Federal Bureau of Investigation (“FBI”), Gregory E. Demske, Chief Counsel to the Inspector General of the U.S. Department of Health and Human Services (“HHS-OIG”), and Scott J. Lampert, Special Agent in Charge of HHS-OIG’s New York Regional Office, announced a $390 million settlement against NOVARTIS PHARMACEUTICALS CORP. (“NOVARTIS”) in a civil fraud lawsuit based on claims that NOVARTIS gave kickbacks to specialty pharmacies in return for recommending two of its drugs, Exjade and Myfortic.

>> See The Top 5 Anti-Aging Vitamins You Need To Know

The settlement resolves claims under the federal False Claims Act, 31 U.S.C. § 3729 et seq., and numerous state false claims act claims. The settlement also provides for resolution of claims against NOVARTIS under the federal civil forfeiture statute, 18 U.S.C. § 981 et seq. This is the third settlement in this lawsuit – in January 2014 and April 2015, two specialty pharmacies, Bioscrip, Inc. (“Bioscrip”) and Accredo Health Group (“Accredo”), agreed to pay a total of $75 million to resolve federal and state claims against them based on the same allegations. Together with today’s settlement, the federal and state governments will recover $465 million in total based on the kickback allegations in this lawsuit.
In April 2013, the Government first intervened as to NOVARTIS in this lawsuit, which was initially filed by a whistleblower, and asserted that NOVARTIS violated the False Claims Act and the Anti-Kickback Statute, 42 U.S.C. § 1370a-7b, by giving kickbacks to specialty pharmacies in return for recommending Exjade, an iron chelation drug, and Myfortic, an anti-rejection drug for kidney transplant recipients. With respect to Exjade, the Government alleged that NOVARTIS gave kickbacks in the form of patient referrals and rebates to Bioscrip and Accredo to induce those pharmacies to recommend Exjade refills. More specifically, the Government alleged that, to increase Exjade sales, Novartis incentivized and pressured the pharmacies to emphasize Exjade’s benefits to patients while understating the drug’s serious, potentially life-threatening, side effects. With respect to Myfortic, the Government alleged that NOVARTIS gave rebate contracts to specialty pharmacies to induce the pharmacies to recommend to doctors that they switch patients to Myfortic from competitor drugs.
Today, U.S. District Judge Colleen McMahon approved a settlement to resolve the Government’s claims against NOVARTIS. Under that settlement, NOVARTIS agrees to (i) pay $370,000,000 to resolve the federal and state false claims act claims, (ii) forfeit $20 million as proceeds from the scheme under the federal civil forfeiture statute, (iii) make extensive admissions concerning its relationship with specialty pharmacies, and (iv) amend its corporate integrity agreement with HHS-OIG to subject NOVARTIS’s specialty pharmacy relationships to independent review and extend the term of that agreement by five years. Of the $370 million, $286,870,245.98 will be paid to the Government, and $83,129,754.02 will be paid to settling states.

Manhattan U.S. Attorney Preet Bharara said: “This is the third substantial settlement in connection with Novartis’s scheme to use kickbacks to co-opt healthcare providers’ independence. The Anti-Kickback Statute was enacted to ensure that the medical treatment and advice patients receive, and federal programs pay for, are free from the taint of corporate kickbacks.

But that was not the case with Novartis here. Novartis gave kickbacks to influence specialty pharmacies to provide patients one-sided advice about Exjade, without disclosing the drug’s serious side effects, and to recommend switching patients who were using other drugs to Myfortic. Novartis turned pharmacies that should have been disinterested healthcare providers into a biased salesforce for the drug-maker. Drug-makers and their relationships with healthcare providers – whether they are doctors, pharmacists, or nurses – must comply with the Anti-Kickback Statute. If they don’t, we will bring all appropriate law enforcement tools to bear to ensure that they do.”

FBI Assistant Director-in-Charge Diego Rodriguez said: “In the course of our investigation with the Health and Human Services Office of Inspector General, Novartis was found to be giving incentives to pharmacies to push certain drugs to patients. Today’s settlement with Novartis should serve as a warning to companies who choose to operate their businesses with kickbacks rather than honesty – those companies will pay more in the long run. Doctors should be advising patients based on medical facts, not pharmacies based on dollar signs. The FBI is committed to working with our federal partners to protect our citizens from fraud and ensure everyone receives the quality medical care they need.”

HHS-OIG Chief Counsel Gregory E. Demske said: “Reliable information is essential for patients taking drugs on a long-term basis, and money should not distort the advice that patients receive about drugs with serious side effects. OIG will continue to investigate kickback arrangements between pharmaceutical manufacturers and specialty pharmacies.”

HHS-OIG Special Agent in Charge Scott J. Lampert said: “Novartis’s kickbacks and other aggressive sales tactics, as alleged in this case, threatened the impartiality of medical decision-making and the financial integrity of Medicare and Medicaid. Our agency will continue to investigate companies who step over the line to maximize their market share at the expense of federal health care programs.”

As the Government contended, evidence uncovered in the lawsuit shows that Exjade patient referrals were very valuable for pharmacies and that when it launched Exjade in 2005, NOVARTIS created a “closed distribution network” involving just three specialty pharmacies, BioScrip, Accredo, and US Bioservices. This gave NOVARTIS control over how many Exjade patients would be assigned to the pharmacies.

The Government also contended that evidence shows, starting in early 2007, NOVARTIS saw Exjade sales were far below internal targets because of low refill rates due, in significant part, to side effects that were more frequent and more severe than initially expected. To increase Exjade refills and hit its sales targets, NOVARTIS leveraged its control over patient referrals to pressure BioScrip, Accredo, and US Bioservices to hire or assign nurses to call Exjade patients and, under the guise of education or clinical counseling, encourage patients to order more refills.

More specifically, as the Government contended, NOVARTIS knew that, when the pharmacies called patients, they emphasized the benefits of taking Exjade – for example, by telling patients that not taking Exjade would cause damage to their organs or lead to infertility – while understating the serious, potentially life-threatening risks of taking Exjade – for example, by not mentioning potential side effects like kidney and liver failure. Indeed, NOVARTIS encouraged the pharmacies to promote Exjade refills in these ways even though FDA had characterized claims about Exjade preventing organ damage as “unsubstantiated.”

In addition, the Government contended that, to incentivize the pharmacies to intensify their efforts to promote Exjade refills, NOVARTIS devised a scheme under which it allocated more patient referrals and gave higher rebates to pharmacies that obtained higher refill rates. Indeed, NOVARTIS went forward with this scheme – which operated from 2008 to 2012 – even though it knew that the scheme presented risks of violating the Anti-Kickback Statute.

Finally, with regard to Myfortic, the Government contended evidence shows that NOVARTIS offered lucrative rebate offers to five specialty pharmacies in return for the pharmacies’ promise to recommend to doctors that they switch patients to Myfortic from competitor drugs. For example, in July 2011, NOVARTIS offered rebates to a specialty pharmacy in Mississippi once the pharmacy owner agreed to “create a letter to” doctors “with a recommendation of moving [ ] patients to Myfortic.”

* * *
The allegations of fraud stated in the Complaint were first brought to the attention of federal law enforcement by David Kester, the whistle-blower who filed a lawsuit under the False Claims Act. The False Claims Act permits the Government to recover up to three times the amount of damages incurred by the United States, plus civil penalties ranging from $5,500 to $11,000 per violation. Private parties who have knowledge of fraud committed against the Government may file suit on behalf of the Government and share in any recovery. The United States may then intervene and file its own lawsuit for treble damages and penalties, as it did in this case.

Mr. Bharara praised the investigative work of the FBI, HHS-OIG, and the Medicaid Fraud Control Units for New York, Washington, California, and Ohio. He also thanked the Commercial Litigation Branch of the U.S. Department of Justice’s Civil Division in Washington, D.C., including Laurie Oberembt, and the Office of Counsel to the Inspector General of HHS, including Mary Riordan and Geeta Kaveti, for their critical assistance in this case.

The case is being handled by the Office’s Civil Frauds Unit. Mr. Bharara established the Civil Frauds Unit in March 2010 to bring renewed focus and additional resources to combating healthcare and other types of frauds. Assistant U.S. Attorneys Li Yu, Rebecca C. Martin, David J. Kennedy, Jeffrey K. Powell, and Peter Aronoff are in charge of the case, and Assistant U.S. Attorney Alexander J. Wilson of the Money Laundering and Asset Forfeiture Unit is responsible for the forfeiture aspects of the case. 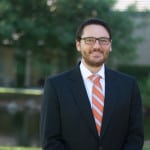