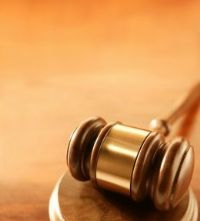 Personal injury law gets short shrift in today’s world, with two overriding views that belie the actual underlying purpose of this area of law. There are those who believe that personal injury law is a waste of time in 99% of cases; that people should keep a stiff upper lip and stop complaining about everything that happens to them.

On the other hand, there are those who look at it as a way of making easy money for very minor incident, believing that thousands of pounds are up for grabs for every little slip or trip.

Neither view is correct.

How can personal injury law help?

Personal injury law serves to protect innocent people from harm and to compensate those who have suffered through no fault of their own. Aside from any issues of compensation, the fact that this area of law even exists has done an enormous amount to make people think twice before putting other people in harm’s way.

Sanctions issued by the courts are not just constrained to monetary compensation, but can force negligent or careless companies to implement better working practices and better quality training, for example.

It can protect people from big business riding roughshod over the needs of employees and it can help those who have suffered from inadequate medical care. Of course, there is the compensation aspect to personal injury law, but although this is the focus of many people, this is not the main remit of this branch of law.

Courts, when looking at how much to award an injured party, take several factors into consideration. Issues such as medical costs and loss of earnings are considered, alongside the actual severity of the injury and how much liability can be laid at the feet of the culpable party.

There is no set amount for every injury, but your solicitor will be able to give you a guide amount as to how much you may be entitled to, based on amounts awarded in cases with similar facts.

There is certainly an important role in today’s society for personal injury law and the instances of frivolous claims are few and far between.

The courts do not look upon such claims favourably and any good solicitors will not encourage people to claim out of greed. But for those who have suffered an injury in an accident for which they were not to blame, compensation can provide a cushion against financial hardship that can arise as a direct result of injuries received.

Furthermore, the sanctions imposed by the courts can help prevent others being similarly injured by sending a clear message that careless or negligent behaviour will not be tolerated and will be punished.

If you think you have a valid personal injury claim then contact Quality Solicitors for friendly and helpful advice.