RIVERSIDE, California – A former officer with the San Bernardino Police Department was sentenced today to 300 months in federal prison for violating the civil rights charges of two women he forced perform sex acts while he was in uniform.

Perez was found guilty by a federal jury in May of two felony counts and one misdemeanor count of deprivation of rights under color of law for sexually assaulting two victims in 2011. The jury determined that both felony offenses involved aggravated sexual abuse, and that one attack involved a kidnapping and bodily injury.

The evidence presented during a week-long trial showed that Perez groped a woman and coerced her to perform oral sex on him by using force against her on April 25, 2011.

The jury also found that Perez had unlawful sexual intercourse with another woman on two occasions in August 2011.

The testimony at trial indicated that the two victims, who worked as prostitutes in the City of San Bernardino, engaged in the sex acts demanded by Perez out of fear of arrest because he was a police officer. One victim testified that he forced her to perform oral sex on him in his patrol car, and the other victim testified that he forced her to have intercourse with him next to his patrol car in a vacant lot and again in motel rooms.

A third woman testified that Perez had aggressively solicited sex from her while he was in uniform when he found her stranded in San Bernardino. The three women each testified that they feared repercussions if they did not comply with Perez’s demands.

Perez “has a long and escalating history of inappropriate sexual behavior towards women,” prosecutors wrote in a sentencing brief that noted a lengthy history of misconduct toward women. “Although defendant is no longer a police officer and is no longer able to abuse a position of public authority to his own criminal ends, he remains the same person — someone who lacks basic respect for the humanity and autonomy of women. Unfortunately, sexual predators in this county do not lack for means of carrying out their crimes, and a badge is unnecessary for their purposes. Defendant poses a greater danger than most sexual predators; although he lacks a badge, he retains his police tactical training and knowledge of police investigative methods. Defendant remains a threat to the public regardless of his employment.”

The investigation into Perez was conducted by the San Bernardino Police Department and the Federal Bureau of Investigation. 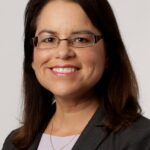 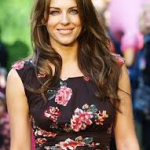