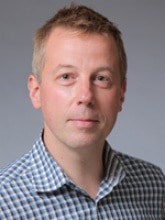 Joon H. Kim, the Acting United States Attorney for the Southern District of New York, and Scott J. Lampert, the Special Agent in Charge of the New York Office of the U.S. Department of Health and Human Services’ Office of Inspector General (“HHS-OIG”), announced today the filing of criminal and civil charges against ALEXANDER NEUMEISTER (“NEUMEISTER”), a prominent researcher into neurological disorders who, at all times relevant to the charges, was a professor of psychology at a New York City medical school (the “School”). NEUMEISTER was charged with using his position at the School to convert tens of thousands of dollars of federal grant funds, as well as funds belonging to the School, to his personal use by spending them on, among other things, trips for family members and trips and meals for himself and a social friend (the “Friend”). Among other expenses, NEUMEISTER used approximately $9,000 in government funds to pay for eight roundtrip flights from New York City to Salt Lake City to visit the Friend, as well as more than $4,300 in School funds to pay for the Friend to enjoy a nine-day, all-expense paid trip to a resort hotel in Miami Beach. In addition, NEUMEISTER falsely claimed that the Friend was a research study participant in studies that NEUMEISTER was overseeing for the School, and caused the School to pay over $10,000 of the School’s own funds directly to the Friend. To date, NEUMEISTER has not repaid any of the misappropriated funds.

NEUMEISTER was arrested on November 21, 2017, in Ogdensberg, New York, and appeared before a U.S. magistrate judge in the Northern District of New York on November 22, 2017. He will be presented before Chief U.S. Magistrate Judge Debra Freeman in Manhattan federal court today. In addition, a civil case was brought against NEUMEISTER in Manhattan federal court earlier today.

Acting U.S. Attorney Joon H. Kim said: “As alleged, Alexander Neumeister, fraudulently charged tens of thousands of dollars in personal expenses as research or school-related expenses. For allegedly betraying the trust of the medical school that employed him and the government institute that funded his research, Neumeister now faces serious federal charges.”

Special Agent in Charge Scott J. Lampert said: “The defendant allegedly stole thousands of dollars from grants that were meant for important mental health research. We will continue to hold individuals accountable for blatant misuse of federal funds.”

According to the allegations in the Government’s criminal and civil complaints[1]:

From 2012 through 2014 (“Covered Period”), NEUMEISTER was employed by the School and served as the principal investigator for a variety of research studies, many of which were funded by grants issued by the National Institute of Mental Health (“NIMH”). As the principal investigator of these studies, NEUMEISTER was responsible for overseeing all aspects of the studies. NEUMEISTER was provided a credit card by the School, referred to as a procurement card (“P-Card”), and was authorized to charge study-related expenses to the P-Card, but in doing so he was required to identify to which specific funding source (i.e., which grant or other source) each such expense should be allocated. To the extent NEUMEISTER allocated expenses to NIMH grants or School expense accounts, the School would pay the expenses using funds it received from NIMH or its own funds, respectively.

· airline tickets so that NEUMEISTER could travel from New York City to Charlotte and Salt Lake City to visit the Friend, as well as lodging, bar tabs, meals and other travel-related expenses associated with this travel;

· an all-expense paid trip to Miami Beach for the Friend, during which the Friend was given authorization by NEUMEISTER to use NEUMEISTER’s P-Card to pay for food, beverages, and beach facilities;

· an iPhone for the friend; and

· airline tickets so that NEUMEISTER’s spouse could travel from Newark, New Jersey, to Vienna, Austria, to attend a family event.

When one of NEUMEISTER’s supervisors at the School questioned him in connection with an audit of his P-Card charges, NEUMEISTER, among other things: (1) asked that the audit findings not be disclosed to others because it would jeopardize his job and his children’s ability to attend the School without having to pay tuition; and (2) offered to pay back certain of the expenses that he had charged to the P-Card. Yet, Neumeister never repaid any of the misappropriated funds and later denied much of the improper conduct.

Mr. Kim thanked HHS-OIG for their efforts and ongoing support and assistance with the case.

The criminal case is being handled by the Office’s Complex Frauds Unit, and Assistant U.S. Attorneys Dina McLeod and Christopher B. Harwood are in charge of the prosecution.

The civil case is being handled by the Office’s Civil Frauds Unit, and Assistant U.S. Attorneys Christopher B. Harwood and Anthony J. Sun are in charge of the matter.

The charges contained in the criminal complaint are merely accusations and the defendant is presumed innocent unless and until proven guilty.

[1] As the introductory phrase signifies, the entirety of the text of the criminal and civil complaints, and the description of the complaints set forth herein, constitute only allegations, and every fact described should be treated as an allegation.