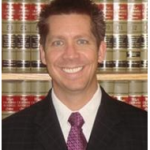 LawFuel.com – San Diego Criminal Defense Attorney Kerry Armstrong has received the Trial Attorney of the Year award from the San Diego Criminal Defense Bar Association (CDBA). This award is a prestigious honor, as it is given to only one lawyer in San Diego County each year. Through The Law Offices of Kerry L. Armstrong, APLC, Mr. Armstrong serves as a staunch legal advocate for individuals in the San Diego, California area who are trying to challenge their criminal charges and stand up for their rights.

The bar association will formally present Attorney Armstrong with the award at a ceremony scheduled to take place on March 26, 2013. According to the San Diego CDBA website, the organization aims to protect defendants’ rights under the U.S. and California Constitutions, to provide the exchange of criminal defense-related information among its members, to propose necessary changes to legislation that affect criminal defense and to promote justice. The bar association’s membership includes lawyers who provide defense services in criminal cases at both the state and federal levels.

Attorney Armstrong launched his law firm in June 2007, following nine years of serving as a senior associate attorney for a large criminal defense law firm in San Diego. The lawyer has experience handling hundreds of criminal cases—including nearly 50 jury trails and more than 35 juvenile court trials—throughout the state of California. The lawyer has proven that he is able to successfully take on even the most challenging cases—he is among only a small group of San Diego criminal defense attorneys to get all charges acquitted on behalf of a client in a first-degree murder trial. That case started out as a capital case. Mr. Armstrong has provided defense in various high-profile criminal cases, which have been featured in major news outlets and even in an episode of reality television show Law & Order: Crime & Punishment.

Mr. Armstrong received his bachelor’s degree in political science from Middle Tennessee State University in 1990 and his law degree from Thomas Jefferson School of Law (in San Diego) in 1997. He then became a licensed attorney in 1998. Since starting his career, the lawyer has established a strong professional reputation in San Diego County. The Law Offices of Kerry L. Armstrong, APLC has a team of high-achieving criminal defense attorneys who work diligently to obtain the best results possible in their clients’ criminal cases. In addition to being named Trial Attorney of the Year by the San Diego Criminal Defense Bar Association, Attorney Kerry Armstrong has also received media attention for various high-profile cases in which he provided legal representation.

Attorney Daniel F. Greene, the firm’s Senior Associate, has been voted The Daily Transcript’s 2012 Top Attorney Finalist in Criminal Law, which recognizes his professional success. The Law Office of Kerry L. Armstrong handles many different types of criminal cases, from simple misdemeanor cases to murder trials. A few other areas the firm deals with include drug crimes, domestic violence, juvenile crimes, theft offenses and sex crimes, among many other areas. More information about the law firm is available at http://www.sandiegodefenselawfirm.com.