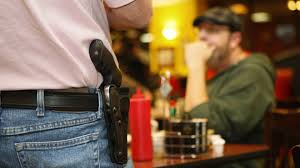 Open carry comes to Oklahoma. It’s about time, but there are some important rules to understand when it comes to carrying a handgun openly in the state.

Open carry laws are popular among gun enthusiasts, 2nd Amendment advocates, and even those who don’t carry but are concerned about the freedoms guaranteed in the U.S. Constitution, as well as many state constitutions.

What Is Open Carry?

Open carry refers to the act of openly carrying a handgun or some other firearm in public. Surprisingly, 44 states in the U.S. allow this practice in some way, shape, or form.

Even many regulators believe that the Second Amendment should be upheld, regardless of their other political beliefs. In general, most states have rules regarding what types of firearms are suitable for open and concealed carry. States generally prohibit firearms with certain dimensions, barrel lengths, or round capacities. So, for example, states generally outlaw fully automatic weapons from being carried openly.

Why Is Open Carry In Oklahoma Significant?

Open carry in Oklahoma is significant because it represents a more liberal (open) view of the constitution in this state.

The constitution in Ok explicitly states that: The right of a citizen to keep and bear arms in defense of his home, person, or property, or in aid of the civil power, when thereunto legally summoned, shall never be prohibited; but nothing herein contained shall prevent the Legislature from regulating the carrying of weapons.

The right to “keep and bear arms” presumably includes carrying it openly in public.

However, the constitution also leaves provisions for regulating the carrying of weapons. In other words, the state retains the ability to issue licensing, regulate where gun owners may carry, and under what circumstances they may carry.

Like all laws concerning guns, there are limitations on what can and cannot be done. The minimum age to carry openly in the state is 21. Loaded firearms may be openly carried in cars only with a permit or license.

It prohibits those without a license from even carrying unloaded weapons in plain view. Oklahomans may also cannot carry openly in schools, universities, career technology centers, prisons, bars, at sporting events, or on government property.

Finally, if a private business posts “no guns” signs, gun owners must respect the private property of the business owner by not carrying in his establishment.

Anyone caught violating the law is subject to stiff penalties and, will likely end up spending time speaking with Oklahoma City law offices to help sort out their legal troubles.

Licenses to carry must be obtained by the Oklahoma State Bureau of Investigation. Those carrying firearms, either openly or concealed, must carry their handgun license and a valid government ID at all times. Finally, anyone who is stopped by a law enforcement officer must immediately notify the officer that he or she is armed.

This is, more or less, a safety issue for the officer, since it’s impossible to tell whether someone is armed if they are carrying concealed.

Jeremy S studies firearm law. He appreciates that legal issues often arise from misunderstanding, so he enjoys writing about the ins and outs of gun laws in everyday terms. 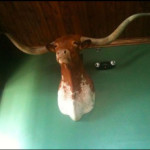 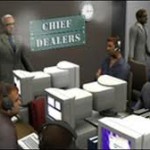