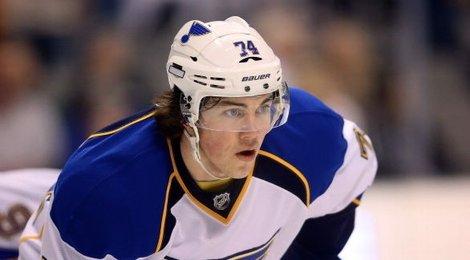 T L Oshie has become the hot name since he scored his four shootout goals to secure an exciting 3-2 victory over the Russians at the Sochi Olympics, and more people are seeking information about the man who gets lost in the crowd – until now.

Olympic roommate David Backes spoke about Oshie:  “No, he’s got a fast heartbeat,” he said. “Somebody asked me ‘What kind of dog he would be if he was a dog?’ I said he’s a Jack Russell terrier. He needs his attention directed or else he gets into a little mischief and he needs it guided.

But is there a law connection anywhere here?  Well, there is, actually.

As a rookie, T.J. — short for Timothy Jr.– received write-in votes for mayor of O’Fallon, Mo.  Evidently a  fan photographed his ballot, which happens to be a violation of the law that carried a potential one-year jail sentence and a $2,500 fine.

Oshie’s response was to ask:  “What can I say,” Oshie told the Vancouver Sun. “Devoted fans.”

But that’s about it for TJ on the law front.  Otherwise, he’s all small town hero hitting the big time.

AMATEUR CAREER: Oshie was born in Everett, Wash., but as a boy moved to Warroad in hockey-crazed Minnesota. Oshie starred at Warroad High School, a tiny powerhouse in the northwest corner of the state, right near the Canadian border. He led the Warriors to two state titles before playing three years in college at North Dakota.

PRO CAREER: Oshie was a first-round draft choice by the Blues in 2005. His entered the league in 2008, but his best season came in 2011-12 when he scored 19 goals and had 35 assists to help the Blues make the playoffs.

QUOTABLE: “I think you’re going to see T.J. Oshie become a household name after that display he put on. The kids’ll be out on the pond probably in Minnesota right now, throwing a 5-hole on the goalie three or four times in a row. He does a great job for us in St. Louis. That’s part of the reason he’s on this team, along with some of the other things you can’t put on the stat sheet.” — Team USA teammate and St. Louis Blues forward David Backes.

There’s more about Oshie though.  Did you know he was mentioned in the Bouncing Souls’ song “Badass” from their 2010 album “Ghosts on the Boardwalk”:
(Spoken)
Hey guys, do you know what else is pretty badass?
What?
Your mom?
No, besides my mom. 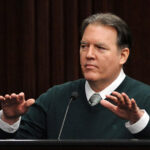 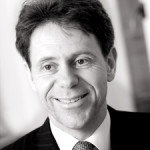