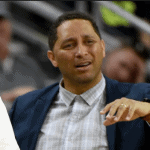 Geoffrey S. Berman, the United States Attorney for the Southern District of New York, announced that PETER GALBRAITH KELLY JR., a former executive at Competitive Power Ventures (“CPV”), pled guilty to defrauding CPV by misrepresenting that the former Executive Deputy Secretary to the Governor, Joseph Percoco, had obtained state ethics approval for his wife to work at CPV. … END_OF_DOCUMENT_TOKEN_TO_BE_REPLACED

Clifford Chance - Prosecutions for bribery and corruption continue to attract media headlines around the world and, in response, international companies continue to review what they have to do to address the risks to their business, and to their reputation.Fundamental to this is staying on top of relevant legislative developments and enforcement trends in the countries in … END_OF_DOCUMENT_TOKEN_TO_BE_REPLACED