The lawyer for the students who won a lawsuit challenging the protection of jobs on Tuesday on the basis of unconstitutional issues, is a believer in winning and a lover of the Walter Matthau movie “The Fortune Cookie” about a crooked, ambulance-chasing lawyer.

As co-chair of Gibson Dunn’s appellate and constitutional chair groups, Theodore Boutrous Jr is a hard-working, successful and focused attorney who has prevailed in the recent lawsuit, claiming it is a “terrific, wonderful day for California students and for the California education system,” said Theodore J. Boutrous Jr., an attorney for the plaintiffs. “These laws are hurting students and hurting teachers. They make no sense. They are damaging in every respect.”


Boutrous, a partner at Gibson, Dunn & Crutcher, said an ideal system would be one where highly effective teachers were rewarded for their success, as in other professions.

Administrators should be able to manage the work their teachers do and encourage top performers, he said.

“If someone is grossly ineffective and not doing their job, then get rid of them,” said Boutrous, who also represented activists who successfully sought to overturn California’s ban on gay marriage.

Attorneys representing the state and the California Teachers Assn. failed to demonstrate evidence of positive outcome from the statutes, Boutrous said. Their arguments “fell completely flat,” he said.

“It sends a powerful message that our educational system must change,” he said. “Every day that these laws remain in effect represent an opportunity denied.”

Judge Rolf M. Treu ruled, in effect, that it was too easy for teachers to gain strong job protections and too difficult to dismiss those who performed poorly in the classroom. If the ruling stands, California will have to craft new rules for hiring and firing teachers.

“Nothing we do in our schools is more important to the education of the child than the quality of his or her teacher,” Deasy said, adding that he looks forward to helping to craft new laws. 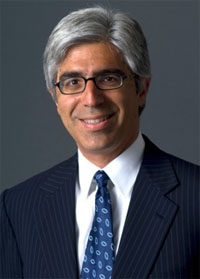 Who is Theordore Boutrous?

Above the Law provided some insight into the lawyer who won the Teachers lawsuit claim is a believer, someone who believes in winning his client’s case, as he did in the recent decision.

1. What is the greatest challenge to the legal industry over the next five years?

For law firms to maintain strong, lasting bonds with clients and distinctive brands and cultures rather than transforming into large, largely fungible, faceless, bottom-line business enterprises.

2. What has been the biggest positive change to the legal profession since the start of your career?

Technology has revolutionized the legal profession, enhancing productivity, and improving the quality of work, life and client-service capabilities.

3. What has been the biggest negative change to the legal profession since the start of your career?

The demise of law libraries as special sanctuaries for thinking and contemplating and generating ideas.

4. What is the greatest satisfaction of practicing law?

5. What is the greatest frustration of practicing law?

Sometimes justice is not done, no matter what you do.

6. What is your firm’s greatest strength?

Our culture, which is built on collegiality, excellence, teamwork, opportunity, openness and inclusiveness.

7. What is the single most important personal characteristic for a successful lawyer in your field?

Always believing you can win the case.

8. What is your favorite legally themed film or television show?

The film The Fortune Cookie (1966), starring Walter Matthau as a crooked ambulance-chasing plaintiff’s lawyer and Jack Lemmon as his injuring-faking client, who in the end won’t go through with the litigation scam.

9. What is your favorite legally themed book (fiction or non-fiction)?