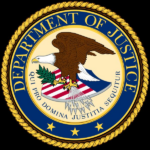 LOS ANGELES – Two Latino men associated with a Compton street gang pleaded guilty this morning to federal hate crime charges stemming from a racially motivated attack on African-American juveniles on New Year’s Eve.
Jeffrey Aguilar, who is also known as “Terco,” 20, and Efren Marquez Jr., who is also known as “Stretch” and “Junior,” 22, each pleaded guilty to violating the Matthew Shepard-James Byrd Hate Crime Prevention Act.
[wp_ad_camp_1]
Appearing before United States District Judge Terry J. Hatter Jr., Aguilar admitted that on December 31, 2012, he and another individual physically attacked a 17-year-old African-American, who was walking down a street in the City of Compton. Aguilar chased down and struck the victim in the head with a metal pipe. During the incident, Marquez threatened to shoot another African-American juvenile who was present. Both Aguilar and Marquez admitted that the attack on the 17-year-old victim was substantially motivated by his race and color.
“The perpetrators of hate crimes hurt not only the individuals who are attacked, but also society as a whole,” said United States Attorney André Birotte Jr. “For this reason, we are dedicated to working with our law enforcement partners to ensure that justice is brought to those who chose to commit such heinous crimes.”
Roy L. Austin, Jr., Deputy Assistant Attorney General for the Civil Rights Division of the Department of Justice, commented: “These juvenile victims were threatened and assaulted because of their race. Such intimidation and violence has no place in our society. The Justice Department will continue to vigorously prosecute those who commit such acts of hate.”
Aguilar and Marquez are scheduled to be sentenced by Judge Hatter on January 6. At sentencing each defendant will face a statutory maximum penalty of 10 years in federal prison.
“Finding justice for victims of civil rights violations is among the most important responsibilities of FBI agents,” said Bill Lewis, Assistant Director for the FBI’s Los Angeles Field Office. “The success of this case is due to the shared goals and long-term cooperation between the Los Angeles Sheriff’s Department and the FBI, and prosecutors at the Department of Justice and the United States Attorney’s Office in Los Angeles.”
Sheriff Lee Baca commented: “Hate crimes affect not only the victims, they also destroy our society’s democratic principles. Law enforcement is dedicated to protecting the civil rights of all members of our community. The success of this joint investigation sends a message that racially motivated crimes will not be tolerated.”
This case is the result of an investigation conducted by the Federal Bureau of Investigation and the Los Angeles County Sheriff’s Department.
The case is being prosecuted by Assistant United States Attorney Reema M. El-Amamy (213-894-0552) and the Civil Rights Division of the Department of Justice. 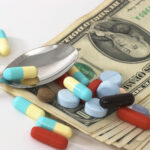