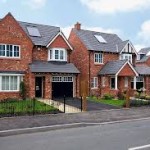 The average asking prices of UK properties have increased month on month in this year alone, the latest market review from Move with Us has shown. The data also shows that the rise in asking prices has mostly been fuelled by the South. However, in recent months the rise in property prices appears to have spread to the whole of the UK.

The most prosperous regions were in the South East, East Anglia, the South West and Greater London with a significant rise in asking prices and a reduction in the number of days taken to sell a property. As a result, the average asking price for the whole of the UK has risen, with these particular areas providing 45% of the total new listings on the market.

Confidence in the housing market in London has certainly increased with sellers increasing their asking prices month on month. By June the average asking price reached &pound;380,904, the highest on record and an increase of 6% since the start of 2013.

The average asking price in the South West increased each month up to June where it reached &pound;262,727, the highest on record and an increase of &pound;9,203 in six months.

The average time taken to sell a property in the South West decreased by 16 days in the second quarter of 2013.

The average asking price in the North has risen slightly since February 2013 indicating that there is a UK wide improvement in the housing market but the North is yet to catch up with the South. Which leads us to think there is still a big divide between North and South when it comes to house prices.

Increased demand also means that is now easy for a seller to sell a house fast.

The increased demand has been fuelled by the Help To Buy Scheme and other fiancial packages put together by the UK government to get people onto the property ladder.

Rob Steen is a content writer who is passionate about property.

He sometimes writes for www.propertybuyer.co.uk